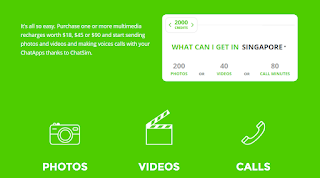 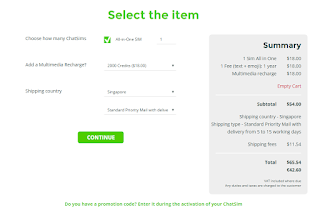 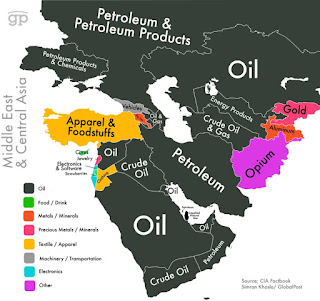 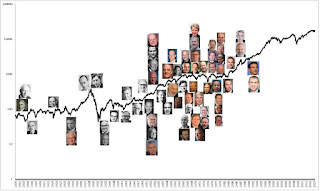 How to retire as a heartlander in Singapore? 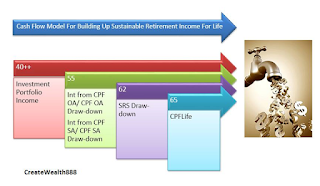 one REIT ETF for yield pigs?

Are you an yield pig?

Bond king Jeffrey Gundlach of Doubleline Capital suggested a pair trade at the Ira Sohn investment conference on Wednesday: Sell utilities while investing in mortgage REITs.
He suggested going short the Utilities Select Sector SPDR (XLU) while going long on theiShares Mortgage Real Estate Capped ETF (REM).
The two asset classes have diverged in recent months as investors have flocked to utilities amid market instability.
“The utilities index has done extraordinarily well because people think it’s safe,” Gundlach said.
The mortgage REITs, meanwhile, have lagged. He suspects that has more to do with market psychology than with fundamentals, as skittish ETF investors have cashed out of REM, causing downward pressure on the ETF.
The REITs now trade at 0.8 times book value, while utilities trade at 1.9 times.
“I expect things will converge,” he said, noting that they’ve traded in relatively close correlation historically.
Gundlach suggests using leverage to goose the trade, which he suspects will return 35% in a year’s time. 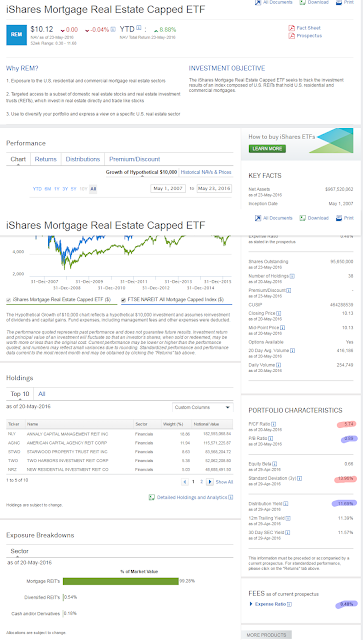 Regulators not that weak: closes Bank and shuts down Uber 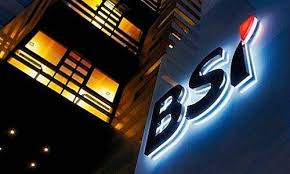 The Monetary Authority of Singapore (MAS) announced on Tuesday (May 24) it has ordered the closure of Switzerland’s BSI Bank in Singapore.A notice of intention has been served to the bank to withdraw its status as a merchant bank in Singapore over “serious breaches of anti-money laundering requirements, poor management oversight of the bank’s operations, and gross misconduct by some of the bank’s staff”, MAS said.This is the first time in over 30 years that a merchant bank in Singapore has been ordered to shut down. In 1984, Jardine Fleming (Singapore) was ordered to close over serious lapses in its advisory work.BSI Bank has also been fined S$13.3 million for 41 breaches of anti-money laundering regulations. The breaches include a failure to perform enhanced customer due diligence on high-risk accounts, and to monitor for suspicious customer transactions on an ongoing basis.The bank has been operating in Singapore since November 2005, and offers private banking services. It is a wholly-owned subsidiary of Switzerland-based BSI SA. 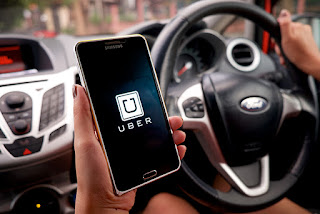 Almost as soon as Uber and Lyft pulled out of Austin two weeks ago, a black market for unregulated ride-sharing emerged to meet the huge demand for transportation here.Tens of thousands of riders and drivers are now connecting throughFacebook and Craigslist, sidestepping onerous city regulations passed late last year aimed at traditional ride-sharing companies like Uber and Lyft that required drivers to be fingerprinted, among other things.When a ballot proposal that would have replaced the city ordinance failed, Uber and Lyft left town as promised. Since May 9, there have been no ride-sharing services available in this city of almost a million people. Getting around town has become almost impossible unless you own a car. 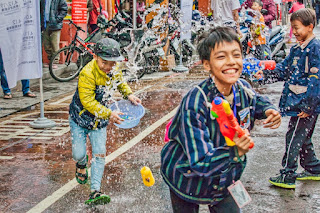 
Akagi last increased prices a quarter of a century ago, and it debated the recent rise for seven or eight years, Mr. Hagiwara said. The rising cost of raw materials finally forced Akagi’s hand, he said. Tighter logging restrictions in China, for instance, meant it had to use more expensive Russian lumber for ice cream sticks.
In stronger economic circumstances, Akagi’s price increase would not stand out. Companies in other places routinely pass on higher costs to consumers. But in Japan, businesses that face rising costs feel they have less ability to do so because wages are flat. Instead, they take a hit to their profits or cut back rather than alienate consumers.
“We don’t have any more income, but taxes are rising,” said Kazuko Ida, 65, who lives in Tokyo. As a result, she said, she is especially reluctant to spend more. “It’s one thing if luxury items are expensive, but if cheap things aren’t cheap anymore, it’s a real problem.”
Japanese policy makers have long identified deflation as enemy No. 1 for the economy. Prime Minister Shinzo Abe won power four years ago on a promise to stamp it out. The central bank has been flooding financial markets with cheap money, and it has gone so far as to cut its benchmark interest rate below zero, a policy that has been tried in only a few other developed countries. 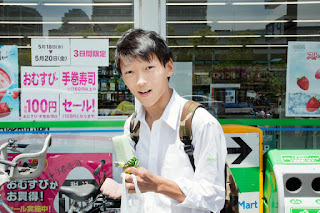 Email ThisBlogThis!Share to TwitterShare to FacebookShare to Pinterest
Labels: economics 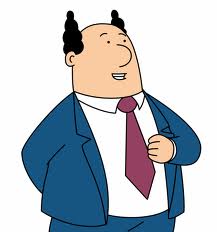 "I cannot pay you back, come, you take over my seat" .

If the company cannot pay you back the debt it owns you, how will owning the company help? Especially when you have no say in its running and management?

This is a sweet bailing out of indebted companies and deft financial engineering sleight of hand, giving a breather to the liquidity of the markets.

How will the markets react to this? Will they sell off to get back their money? Or will they rush in on higher equity amidst poor EPS?


Beijing has stepped up its battle against bad debt in China’s banking system, with a state-led debt-for-equity scheme surging in value by about $100bn in the past two months alone.
The government-led programme, which forces banks to write off bad debt in exchange for equity in ailing companies, soared in value to hit more than $220bn by the end of April, up from about $120bn at the start of March, according to data from Wind Information.
Chinese media reported that up to Rmb4tn ($612bn) had been approved in 2015 for the debt-to-bonds swap, which has seen state-controlled banks trade short-term loans to companies connected to local governments in exchange for bonds with much longer maturities.

Desperate for yield, investors are buying government bonds that come due further and further in the future. If you lend your money to the government, you expect to get it back. It’s not for nothing that British government bonds are ‘gilt-edged,’ and the U.S. Treasury yield is considered ‘risk-free’ in financial models. What could possibly go wrong?
Unfortunately, a lot. A small move in the yield on these increasingly popular 40-, 50- and sometimes even 100-year bonds can have a crippling effect on their capital value.
Anyone who might sell before they mature (hint: that’s everyone alive today for the longest-dated bonds), should consider how they'd feel if their supposedly safe bond had lost a quarter of its value in two months. It happened to the rock-solid German 30-year bund, just last year.
This calculator lets you play with interest rates and see just how big an impact changes to yield can have on the price of long-dated bonds. You might be surprised by how big the losses could be, if the drops in yield of the past couple of years go into reverse. 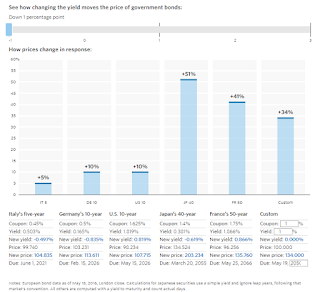 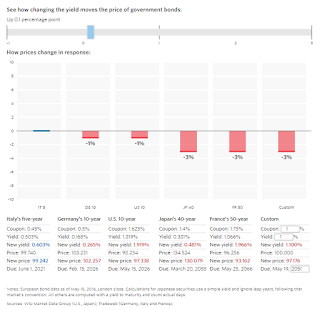 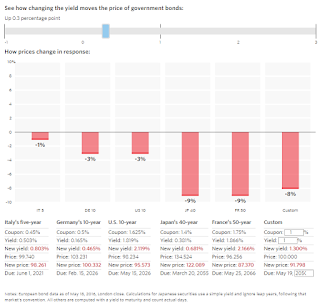 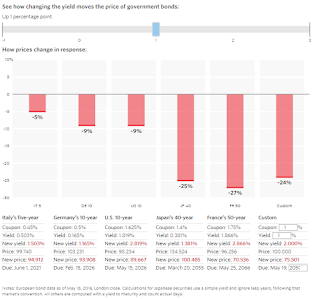 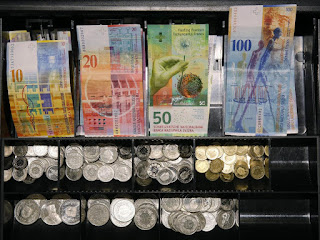 Switzerland is preparing to vote on proposals to introduce a universal basic income, which campaigners say would erase poverty and remove dependence on welfare.
The initiative's founders have suggested each adult should receive 2,500 francs (£1784) a month with children receiving 625 francs (£446) a month until they reach 18.
Labour's Shadow Chancellor John McDonnell said in February the party will not rule out unconditional pay for all members of society.
The Finnish government are currently considering a two-year pilot programme beginning in 2017 for 10,000 people to receive 550 Euros (£443) each month.

Email ThisBlogThis!Share to TwitterShare to FacebookShare to Pinterest
Labels: world

Hand in hand with catching corruption, the implementation of clear transparent rules and the no-delay in bureaucracy in allowing business to take place are key.

One of the top reasons for allowing corruption by business people, other than getting ahead, is to incentivise speediness in business process.

The story is told of a businessman who visited Singapore from an Asian country used to different operating norms. He left puzzled and disturbed that he could not discover the going rate for bribes to officers at different levels of government. He concluded wrongly that the prices must be very high.

Singapore has achieved some success eradicating corruption, but we are under no illusions that we have permanently and completely solved the problem. Corruption is driven by human nature and greed. However strict the rules and tight the system, some individuals will sometimes still be tempted to transgress. When they do, we make sure they are caught and severely dealt with. Two years ago, we charged an assistant director from the CPIB itself with misappropriating $1.7 million. 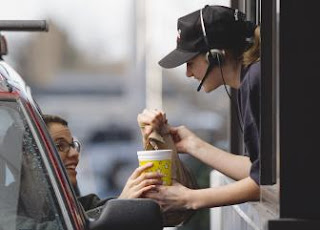 The Labor Department’s final rule, to be finalized Wednesday, establishes a new overtime pay threshold of $47,476 a year for those working more than 40 hours a week.
That’s below the $50,400 that the administration announced in its proposal last June, but twice the current level of $23,660 a year, which has been unchanged for more than a decade.
In addition, the rules will allow for future increases every three years.
A study commissioned by the National Retail Foundation -- based on the administration’s previous, higher threshold -- said 32% of affected workers would be converted from salaried positions to hourly ones, and that 5% of workers would see any salary increase offset by a reduction in bonuses and benefits.
The study predicted that a portion of the 21% of workers newly eligible for overtime pay could see their base wage reduced, resulting in no overall income gain.
California already requires overtime compensation for people who make under $41,600 per year, which is double the $10-per-hour statewide minimum wage.
The state also allows workers to claim overtime if they work more than eight hours on any given work day, whereas the new federal rules only apply to people on the job for more than 40 hours a week.
The measure could spur companies to increase pay for people who make more than the state’s minimum of $41,600, but less than the new federal threshold, said Tim McCaffrey, a Los Angeles employment lawyer who represents workers and employers in wage and hour cases.


The Obama administration and supporters of the new rule say the $23,660 threshold allowed companies to hold down labor costs by requiring workers with relatively lowincomes to work well over 40 hours per week without additional pay.
Any federal standard above the $35,100 overtime threshold in New York, which has a high cost of living, will inhibit economic growth in more rural states in the South and Midwest, Tammy McCutchen, a Washington D.C. lawyer who works with the U.S. Chamber of Commerce, said on Tuesday before the final rule was announced.